CR2 is expressed strongly on mature B cells, follicular dentritic cells and weakly on immature thymocytes and T lymphocytes. In B-cell ontogeny, CR2 appears after the pre-B-stage, is maintained during peripheral B-cell development and is lost upon terminal differentiation into plasma cells. CR2 expression is also gradually lost after stimulation of B cells in vitro. CR2 functions as a receptor for C3d, C3dg and iC3b Complement components and for EBV and for IFN alpha. CR2 binds to CD23 and associates with CD19, CD81 and Leu13 to form a large signal-transduction complex involved in B-cell activation. By inducing release of proinflammatory cytokines and upregulating expression of molecules involved in antigen presentation, CR2 modulates critical monocyte functions that may be relevant to allergic and inflammatory disorders. 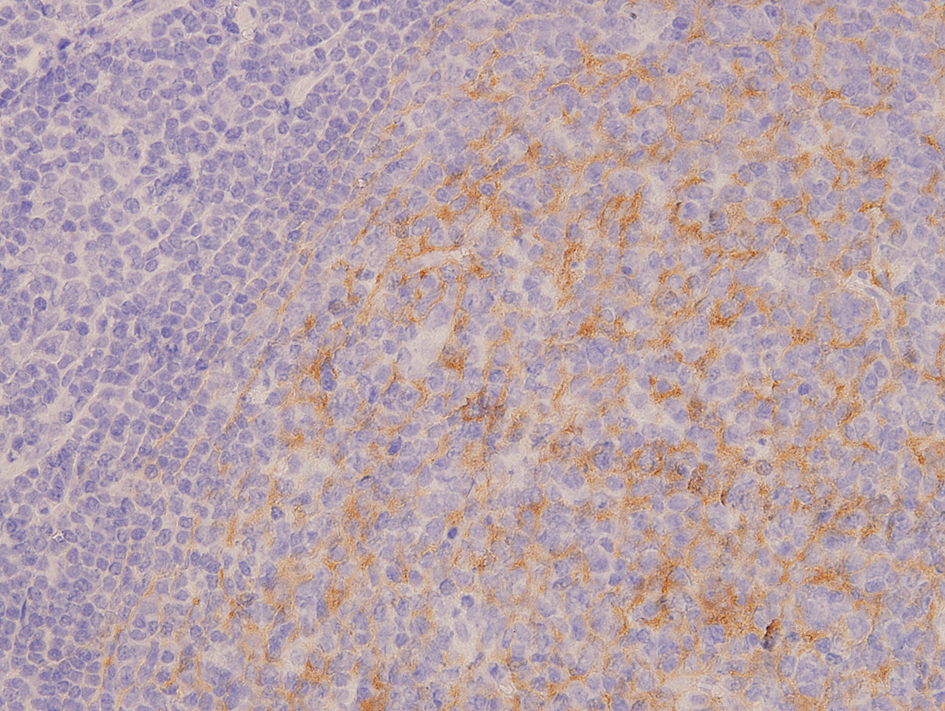