Capable of inducing cell cycle arrest in G1 and G2 phases. Acts as a tumor suppressor. Binds to MDM2 and blocks its nucleocytoplasmic shuttling by sequestering it in the nucleolus. This inhibits the oncogenic action of MDM2 by blocking MDM2-induced degradation of p53 and enhancing p53-dependent transactivation and apoptosis. Also induces G2 arrest and apoptosis in a p53-independent manner by preventing the activation of cyclin B1/CDC2 complexes. Binds to BCL6 and down-regulates BCL6-induced transcriptional repression. Binds to E2F1 and MYC and blocks their transcriptional activator activity but has no effect on MYC transcriptional repression. Binds to TOP1/TOPOI and stimulates its activity. This complex binds to rRNA gene promoters and may play a role in rRNA transcription and/or maturation. Interacts with NPM1/B23 and promotes its polyubiquitination and degradation, thus inhibiting rRNA processing. Interacts with COMMD1 and promotes its 'Lys63'-linked polyubiquitination (By similarity). Interacts with UBE2I/UBC9 and enhances sumoylation of a number of its binding partners including MDM2 and E2F1. Binds to HUWE1 and represses its ubiquitin ligase activity. May play a role in controlling cell proliferation and apoptosis during mammary gland development. Isoform smARF may be involved in regulation of autophagy and caspase-independent cell death; the short-lived mitochondrial isoform is stabilized by C1QBP. 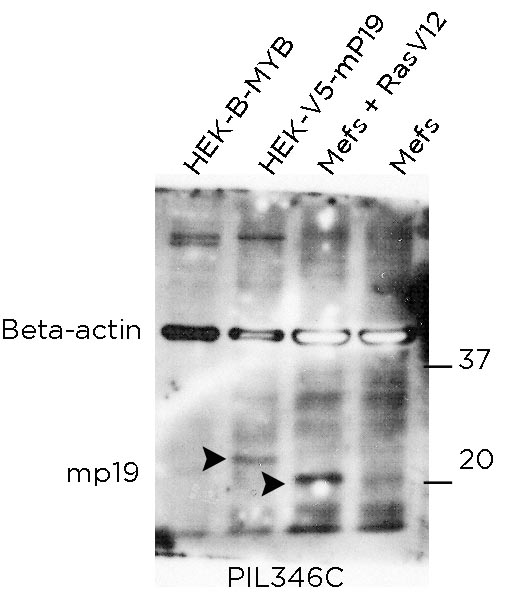