Nucleophosmin (NPM) also called B23, nutramin and NO38 is a ubiquitously expressed phosphoprotein involved in ribosome assembly/transport, cytoplasmic/nuclear trafficking, regulation of DNA polymerase alpha activity and centrosome duplication. It is also a crucial regulator of p53; it is involved in the acute response of mammalian cells to environmental stress, such as UV rays. NPM continuously shuttles between the nucleus and cytoplasm. NPM also localises between the paired centrioles of the centrosome and dissociates upon the phosphorylation of on Thr199 by CDK2/cyclin E prior to the initiation of centrosome duplication, an essential process for successul chromosome segregation during mitosis. The down-regulation of this protein results in the abnormal amplification of centrosomes which suggests that this protein may act as a a suppressor of centrosome duplication. 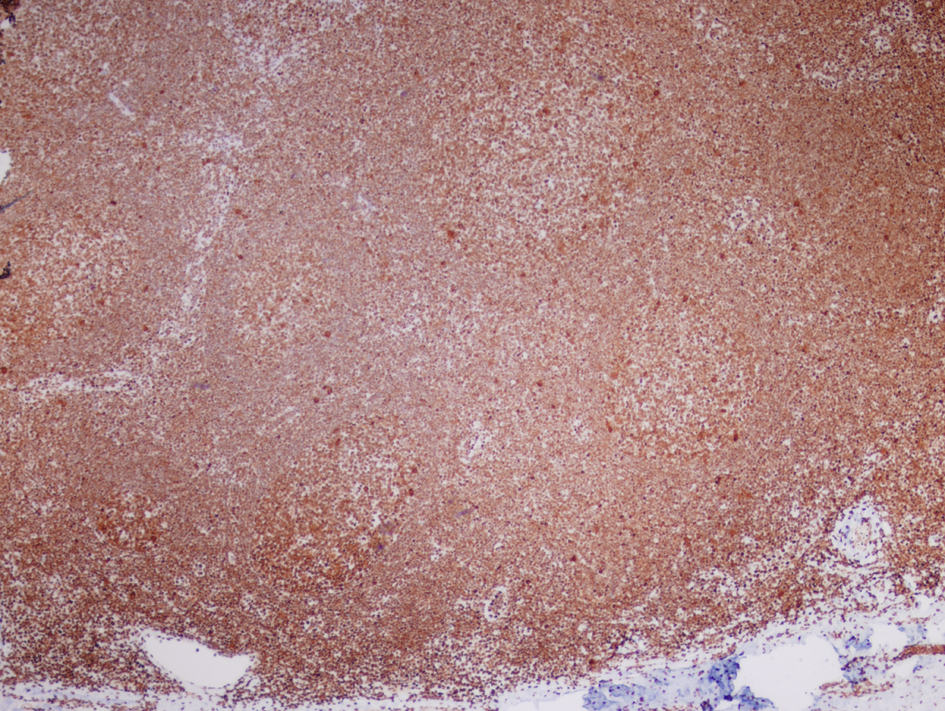 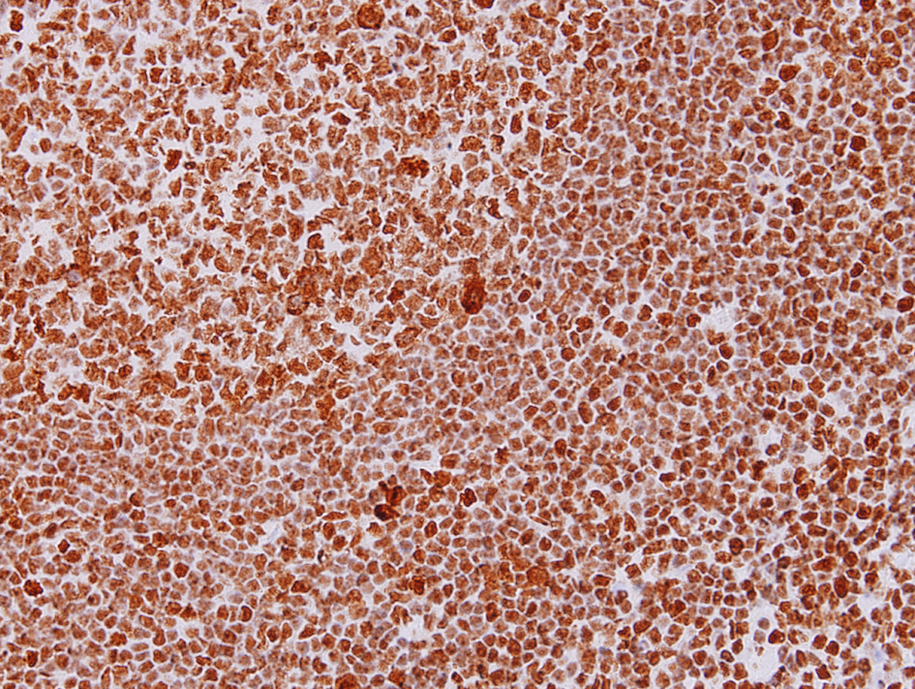