This gene lies adjacent to the tumor suppressor gene CDKN2A in a region that is frequently mutated and deleted in a wide variety of tumors. This gene encodes a cyclin-dependent kinase inhibitor, also known as p15Ink4b protein, which forms a complex with CDK4 or CDK6, and prevents the activation of the CDK kinases by cyclin D, thus the encoded protein functions as a cell growth regulator that inhibits cell cycle G1 progression. 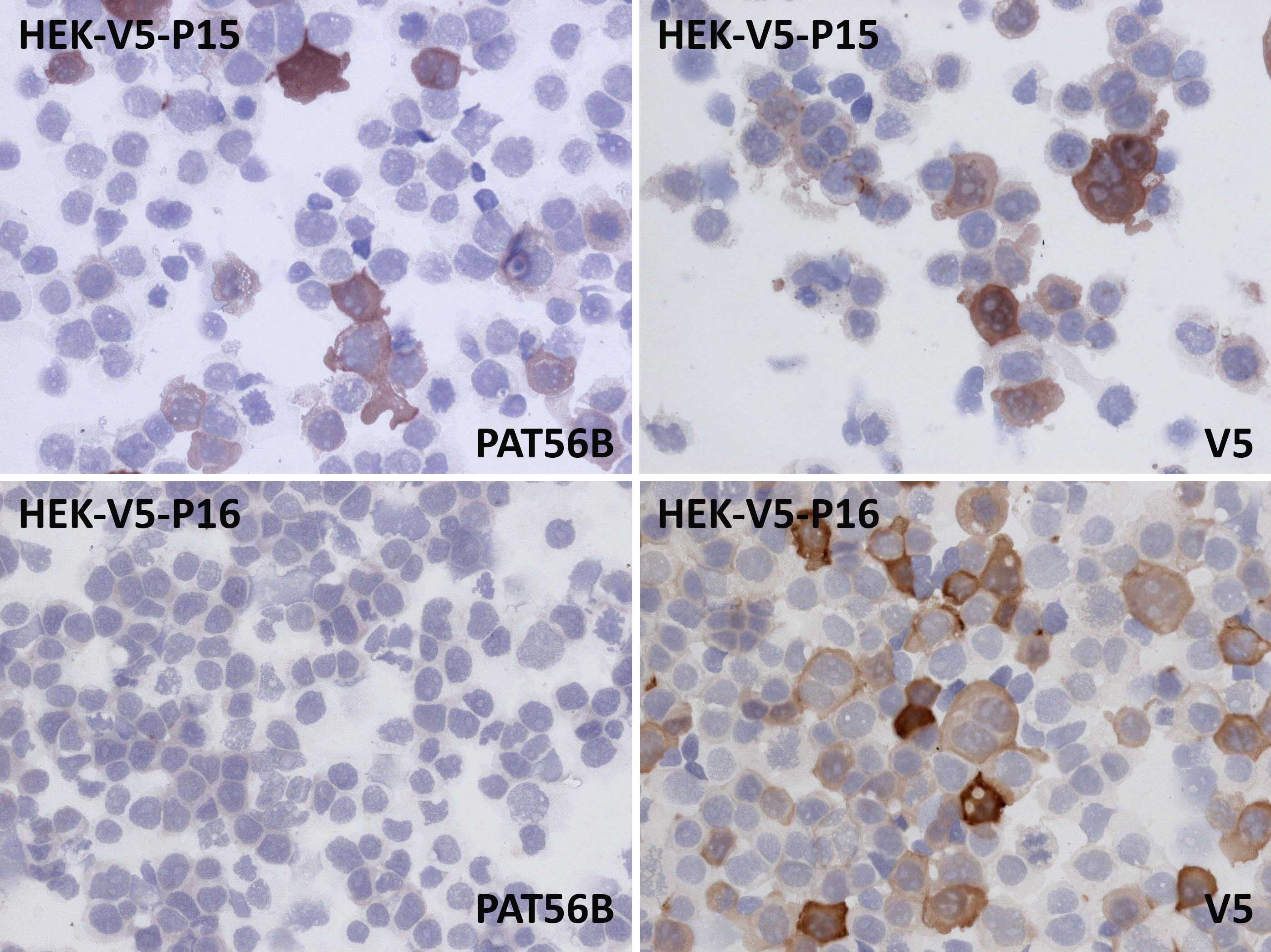 mp15 antibody (PAT56B) in transfected cells
Nuclear and cytoplasmic staining of PAT56B mAb in transfected HEK293-V5-mp15 cells. No reactivity with mp16 was found. Anti-V5 was used as a positive control. 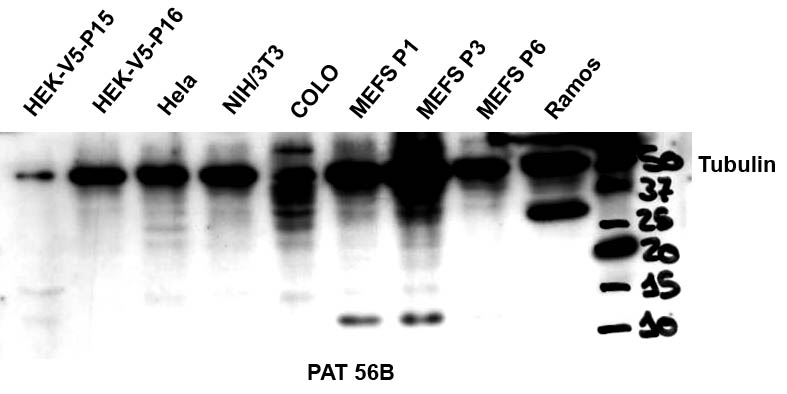