Serum amyloid A (SAA) proteins are proposed mediators of inflammation and metabolism, with increased serum levels being associated with obesity, chronic hyperglycemia, insulin resistance and cardiovascular disease. Mouse SAA3 (mSAA3) proten is known to be up-regulated extrahepatically in inflammatory responses, and acts as an endogenous ligand for the toll-like receptor 4/MD-2 complex. SAA3 also displays monocyte chemotactic activity and may play a role in metabolic inflammation. 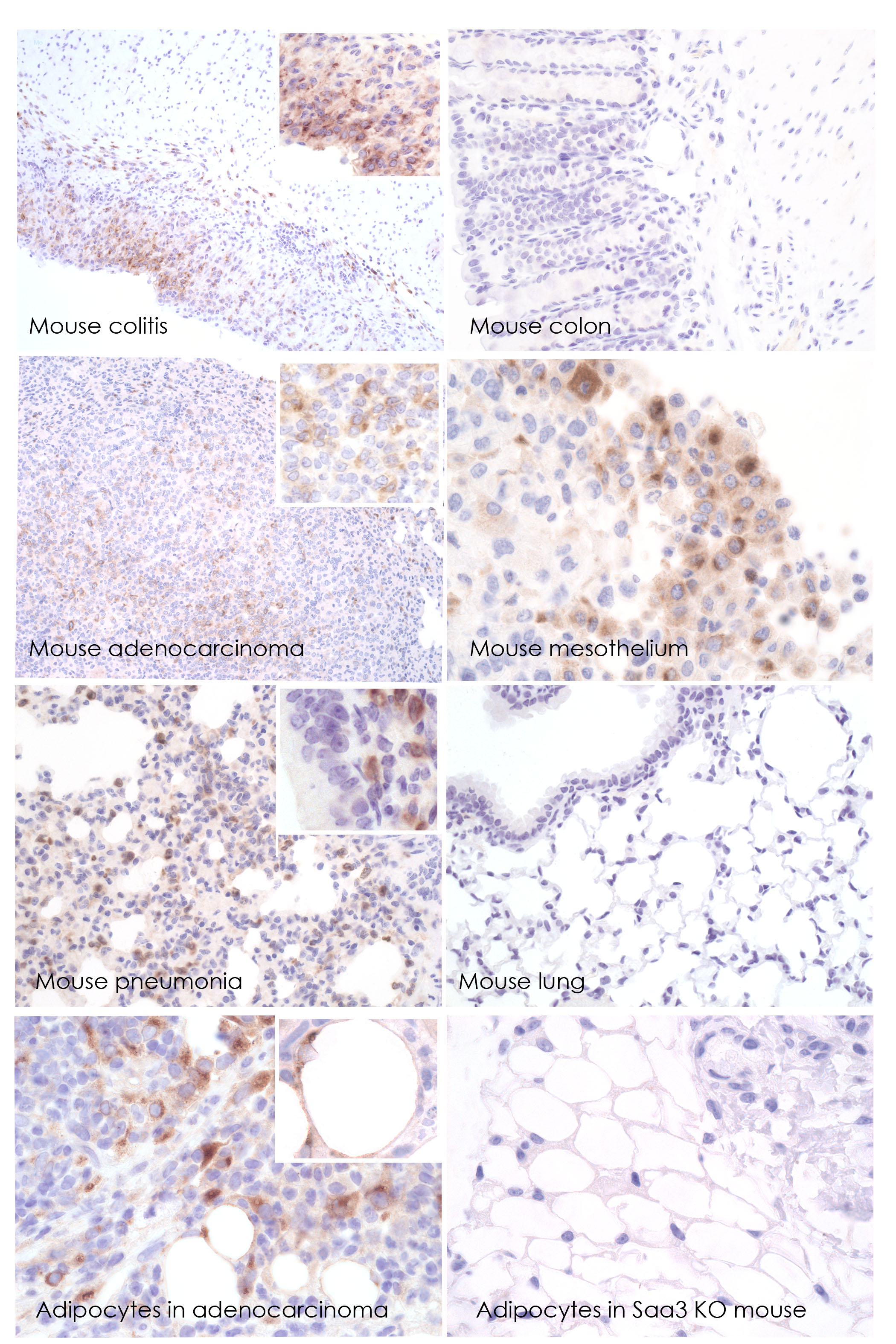 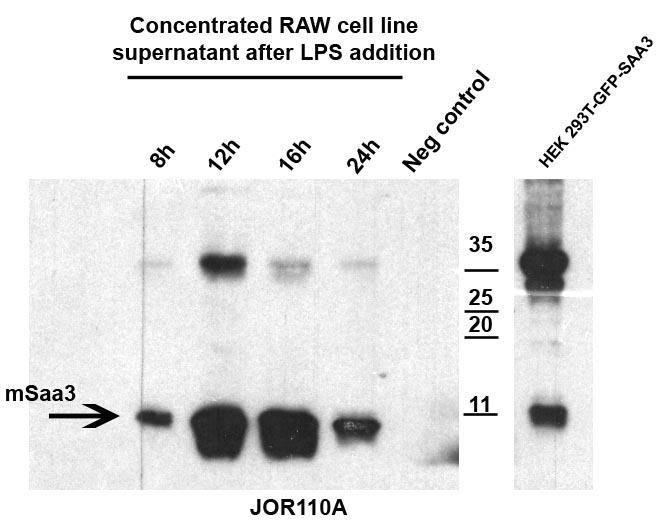 JOR110A mAb in Western blotting technique
Since mSaa3 is a secreted protein we have collected and concentrated the supernatant from the RAW12 cell line (mouse macrophage) unstimulted (Neg control) and stimulated with LPS after 8, 12, 16 and 24 hours as reported in the attached article. A specific band of 13kDa has been deteced in all actived LPS RAW12 cell lines, with the higher expression after 12 and 16 hour stimulation. No mSaa3 protein has been decected in the concentrated supernatant of the RAW12 cell line unstimulated. 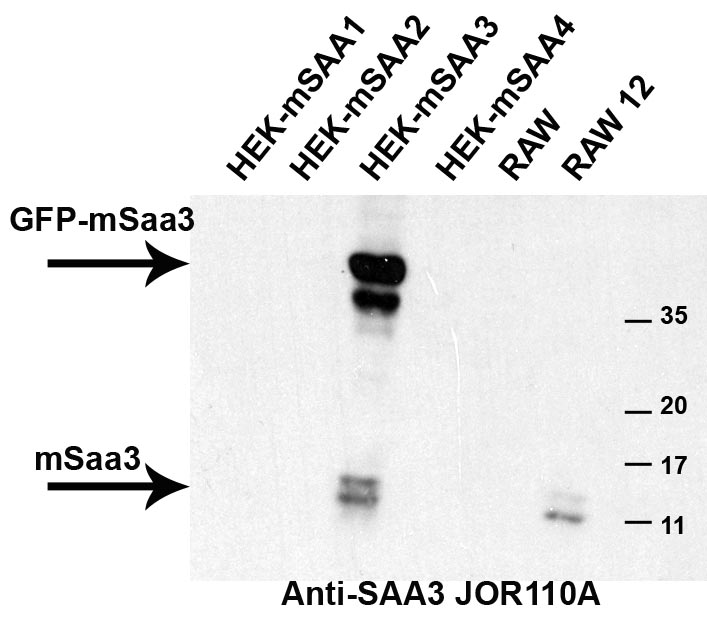