Binds the telomeric double-stranded 5'-TTAGGG-3' repeat and negatively regulates telomere length. Involved in the regulation of the mitotic spindle. Component of the shelterin complex (telosome) that is involved in the regulation of telomere length and protection. Shelterin associates with arrays of double-stranded 5'-TTAGGG-3' repeats added by telomerase and protects chromosome ends; without its protective activity, telomeres are no longer hidden from the DNA damage surveillance and chromosome ends are inappropriately processed by DNA repair pathways. 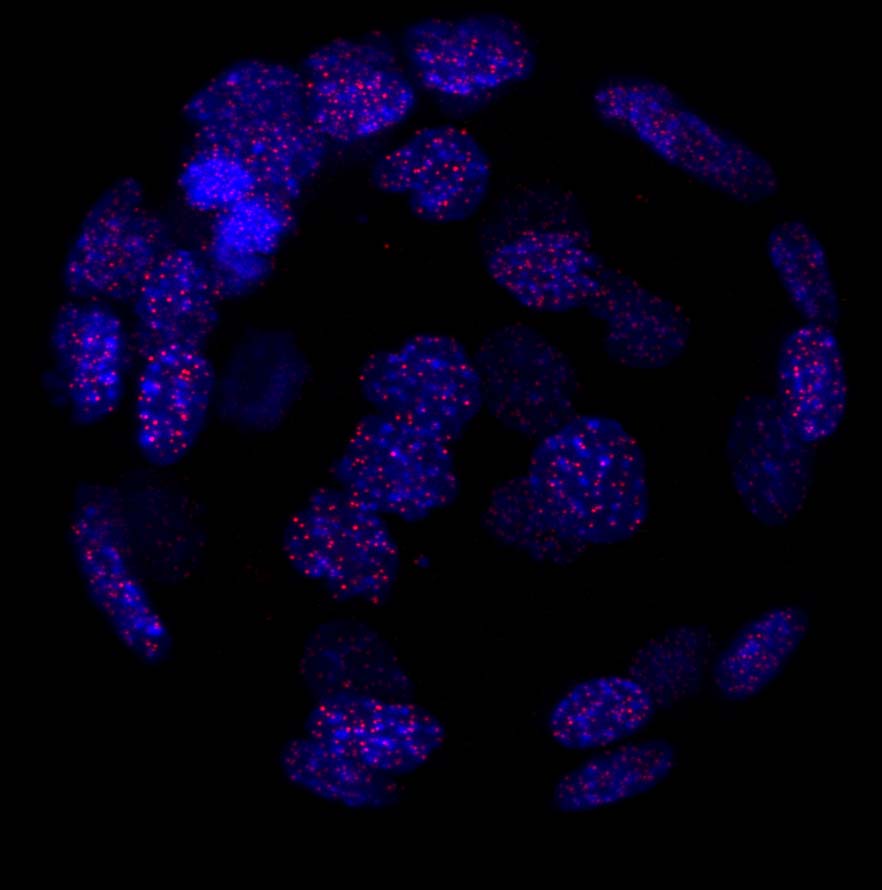 572C mAb is able to detect mouse TRF1 protein in a mouse blastocyste. 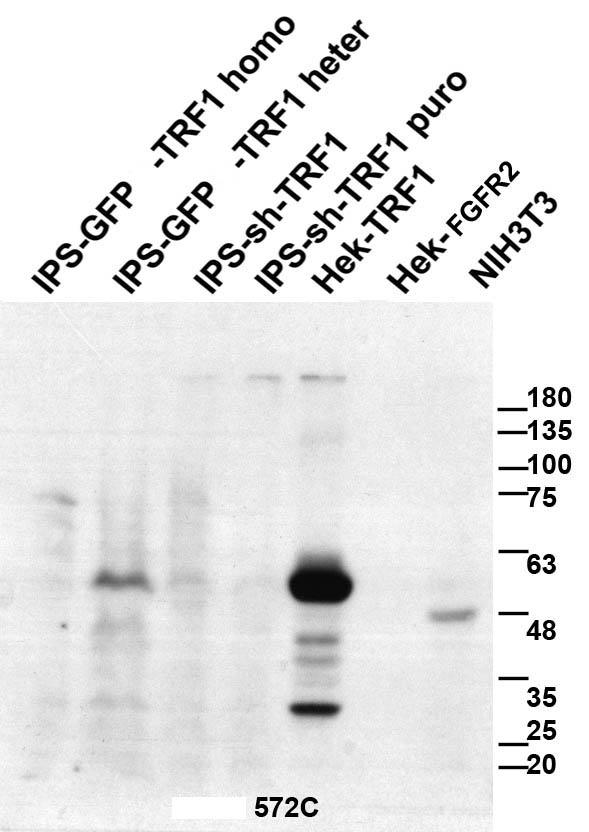