May function as a transcriptional repressor. May also function as a ubiquitin ligase mediating ubiquitination of chromatin-associated TP53. Functions in cell survival and proliferation through control of the cell cycle. Functions in the p53 and pRB tumor suppressor pathways and regulates the cyclin CCNA2 transcription.
Identified as a cellular target of the adenoviral oncoprotein E1A, it is required for both transcriptional activation and repression of viral genes. 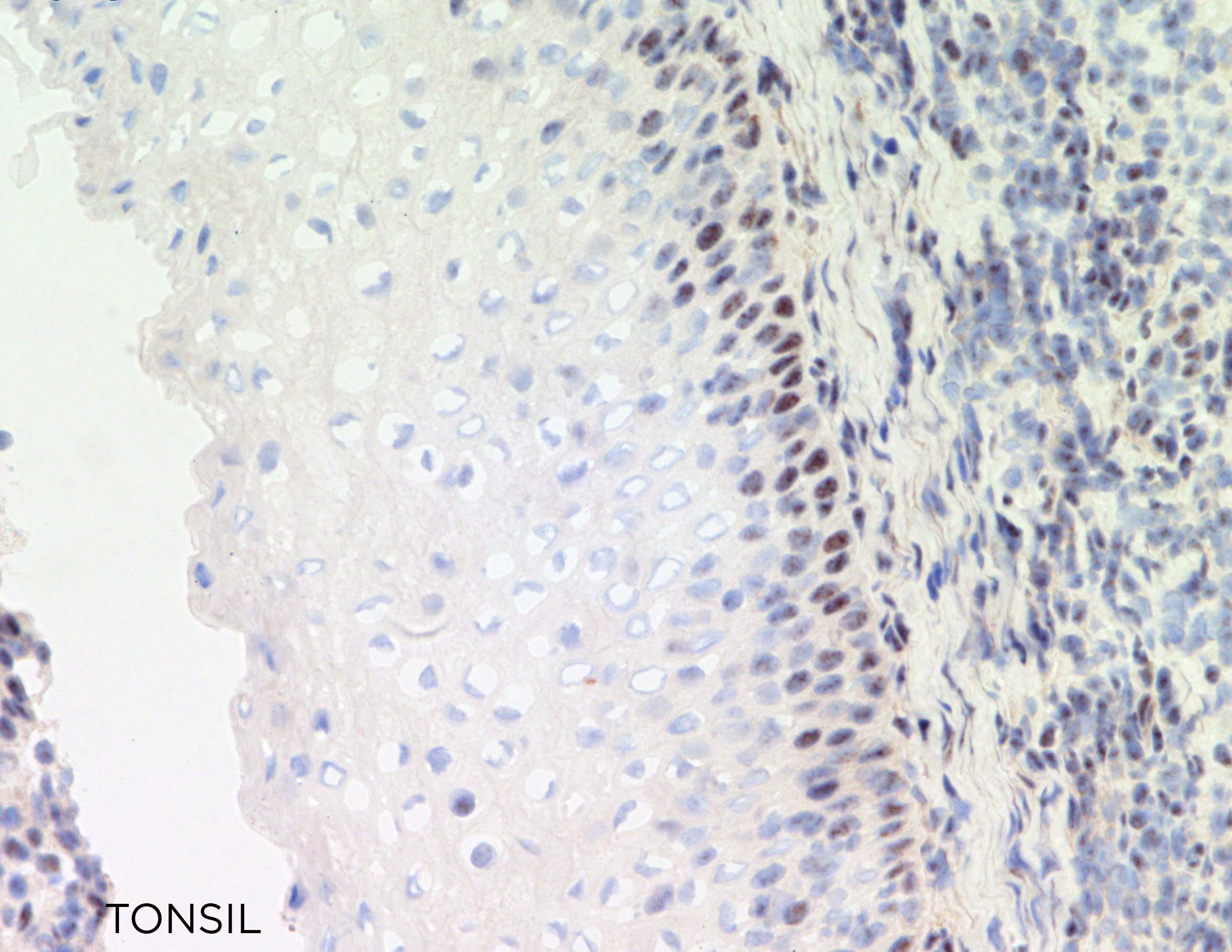 272G mAb can be used to detect E4F1 protein in human frozen tissues. 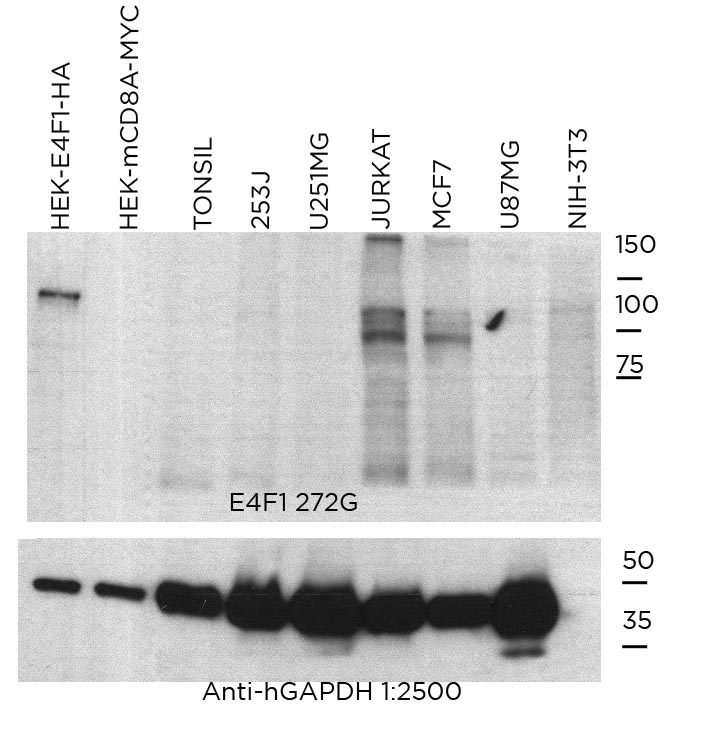