Heterochromatin protein-1 (HP1) is a methyl-lysine binding protein localized at heterochromatin sites, where it mediates gene
silencing. HP-1alpha is involved inthe formation of functional kinetochore through interactionwith MIS12 complex proteins. HP-
1alpha also interacts with lamin B receptor, contributing to the association of the heterochromatin with the inner nuclear membrane.

HP1 (330A) IHC in transfected cytospins and by ELISA
Heterochromatin protein-1 (HP1) is a methyl-lysine binding protein localized at heterochromatin sites and expressed in all cell types. We made a mAb against HP1 protein using, as immunogen, a combination of HP1 alpha and HP1 gamma protein. We could not distinguish by IHC in tranfected Hek HP1 alpha and HP1 gamma which subunit was recognized by our antibody since strong nuclear staining was observed in both cytospins. Using ELISA technique we could determine that our antibody is specific for the alpha subunit. 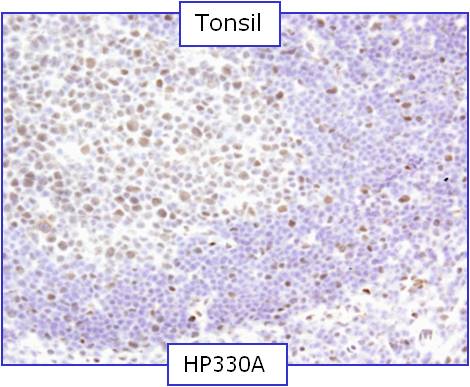 Rat monoclonal 330A can be used to detect HP1 α expression in frozen human tissues. 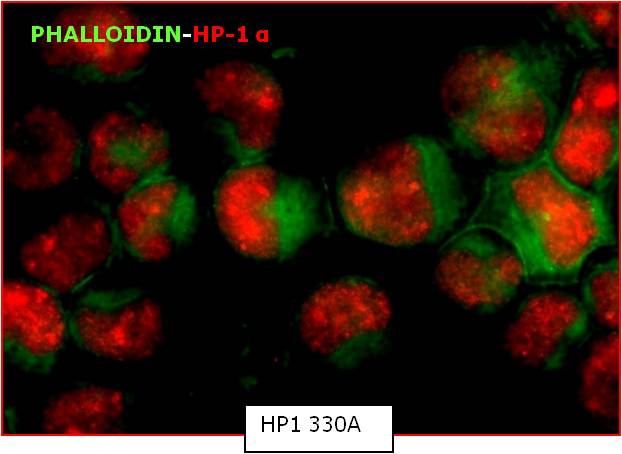 Immunofluorescence of HP1 (330A) mAb in Ramos cell line 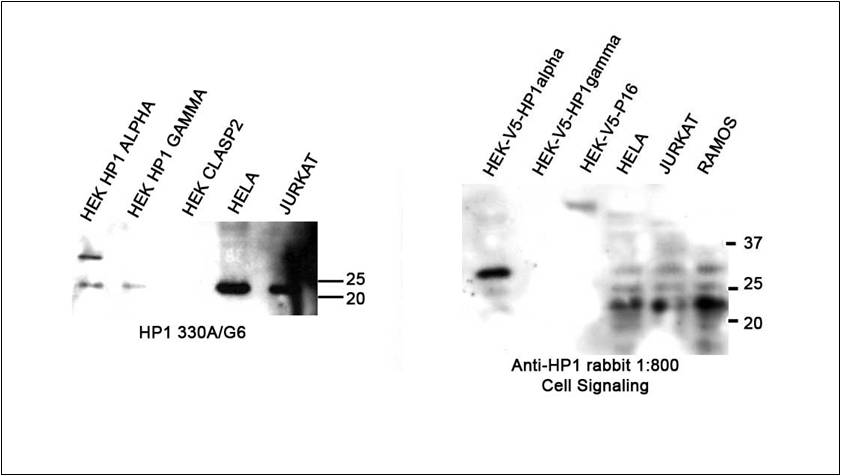 Rabbit antibody from Cell Signaling was used at 1:800