This gene is directly involved, with Myc and IgH, in a three-way gene translocation in a Burkitt lymphoma cell line. As a result of the gene translocation, the N-terminal region of the gene product is disrupted, which is thought to be related to the pathogenesis of a subset of high-grade B cell non-Hodgkin lymphoma. 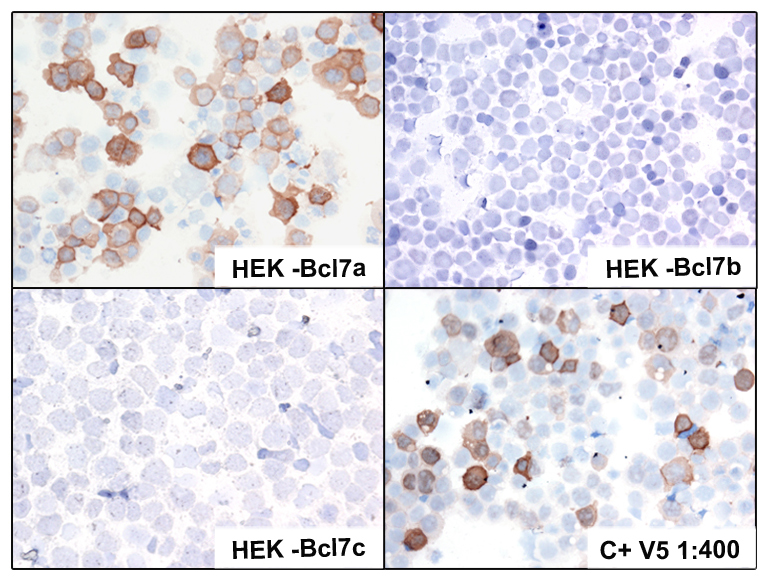 15C staining in human lymphoid tissue
BCL7A is expressed in the nuclei of germinal center (GC) B cells and in mantle cells. Some cells in the interfollicular area are also BCL7A positives. Spleen showing BCL7a staining of GC B cells, mantle cells and marginal zone lymphocytes (weak staining) (b). Normal thymus shows Bcl7a staining mainly in T-cells in the cortex, however, some BCL7A positive cells can also be found in the medulla (c). 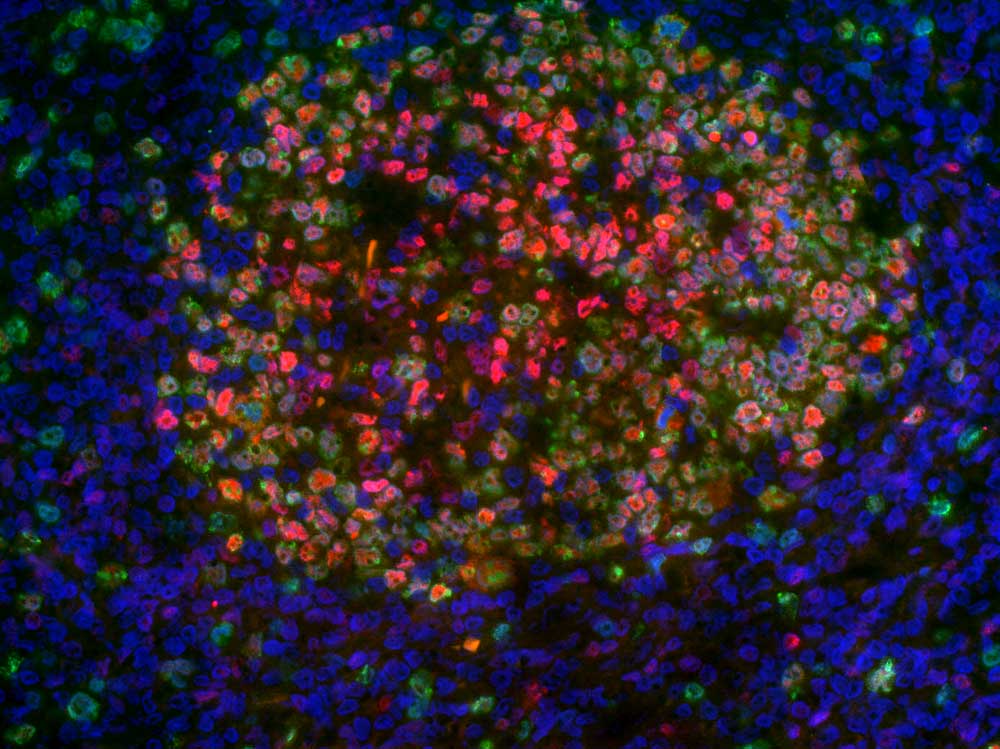 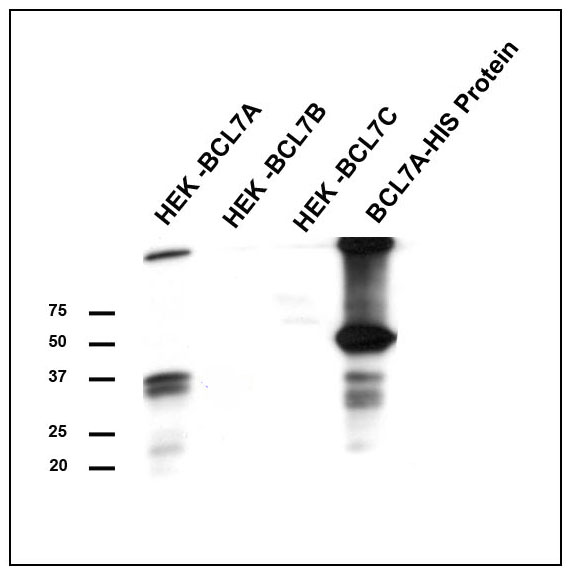