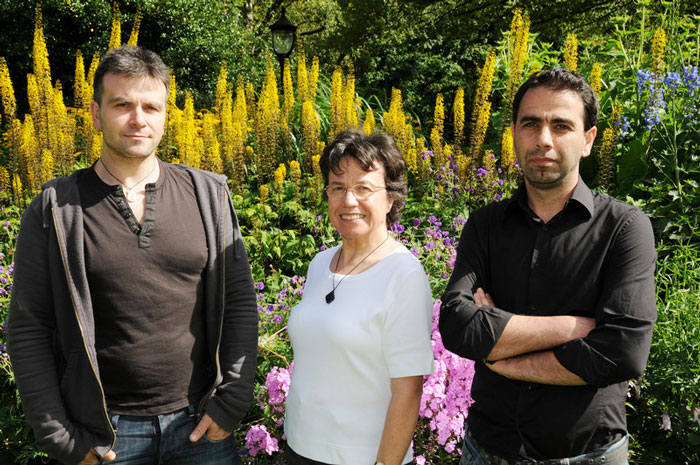 Vertebrate Antibodies Limited (VAL) is a biotech spinout company from the University of Aberdeen with a focus on the development of antibodies to targets for a wide range of organisms for research and clinical applications. VAL supports the life sciences community by providing and developing a large range of high quality antibodies.

VAL’s main strength lies in the use of short synthetic peptides as immunogens for generating monoclonal antibodies (mAbs). Once a target of interest is identified, prediction algorithms, developed by VAL’s research team, are used to select suitable peptides to serve as immunogens. The peptides identified correspond to regions of the protein target that are unique, localised on accessible sections and will elicit an immune response. The unique stretch of the synthetic peptides is approximately 10 amino acids long (sometimes shorter), which is believed to be the shortest length for an active immunogen. Based on these criteria, the number of potential epitopes to generate the antibodies is very limited, resulting in highly specific mAbs research reagents. Using this approach, VAL antibodies can target specific protein isoforms, post-translational modifications and even single amino acid changes. Furthermore, the peptides can be selected to cross-react with other research models to widen their range of applications.

The high specificity of antibodies for their target proteins has resulted in them becoming a crucial component for advancing life science research and clinical practice. VAL focuses on developing mAbs specific for novel targets implicated in the process of tumour transformation and progression. The specificity of the antibodies is determined by western blotting using lysates from cells expressing protein of interest. The antibodies are screened by immunohistochemistry against a human tissue microarray containing the 19 major types of tumours matched with normal samples. This approach reveals potential cancer specific markers. The mAbs against these potential cancer markers are further screened on a large tissue microarray to define their prognostic, diagnostic, treatment predictive and therapeutic usefulness.

2) Development of immunoassays towards commercial species.

Recently, there has been a steady increase in research on commercially important species (for example in the aquaculture industry) to support a growth in market demand from a growing human population. VAL is dedicated to generating mAbs towards key host and pathogen targets to advance research and aid the development of immunoassays to monitor diseases and vaccine performance in veterinary and farmed species ensuring the sustainability of these industries.

It is worth noting that due to their superior specificity and reproducibility, VAL primarily produces monoclonal antibodies rather than polyclonal antibodies. This approach also reduces the use of animals for the generation of antibodies.